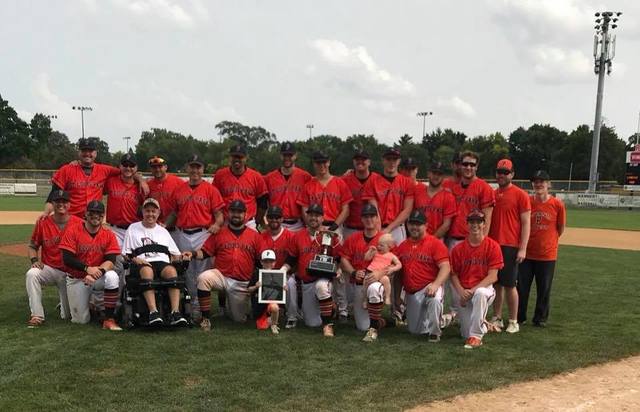 Congrats to SLP's Jimmy Heck on getting picked up as an OF by the Saint Paul Saints!

With a heavy heart the SLP Pirates town team says farewell to one of the fiercest competitors to wear a Park uniform.  Following his older brother Mike onto the team, Marty played two seasons for Park.  And although he played 25 years ago we still pass stories around the parking lot about him over a beer after games.  Marty played on the 91’ and 92’ state tourney teams and was a big part of the drive to the championship game in 92’ when Park took the Angels to a second title game after coming through the loser’s bracket.  A right hander, Hammer could just flat out hit.  And although he was an average size dude, Hammer’s bat had thunder in it.  Add speed and a solid arm and Hammer helped anchor a great outfield.  On the field Marty gave all he could to find a way to beat you, but off the field there wasn’t a nicer guy.  Thanks to Hammer for being a great teammate and a great human being.  We will miss you Marty. 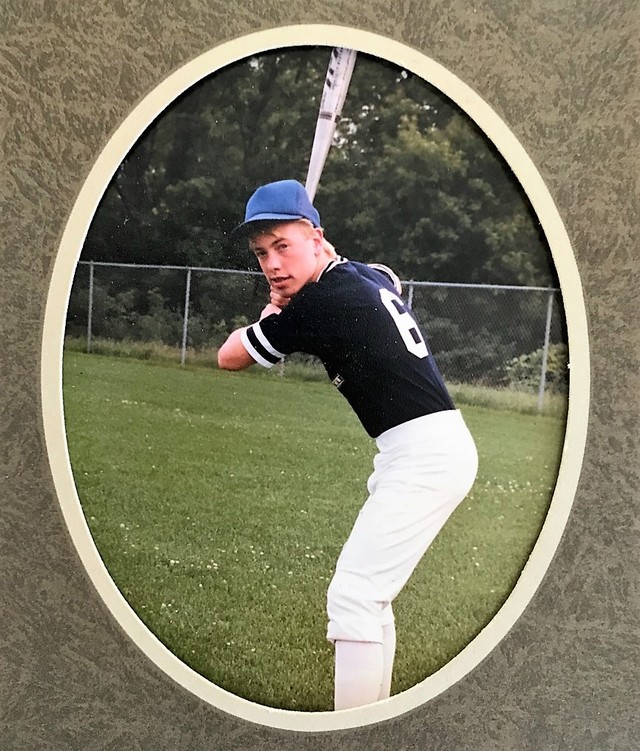 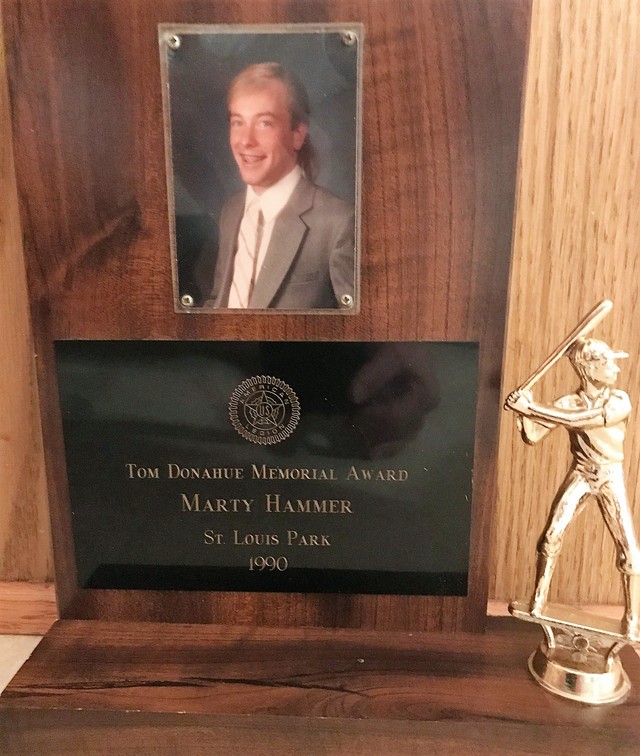 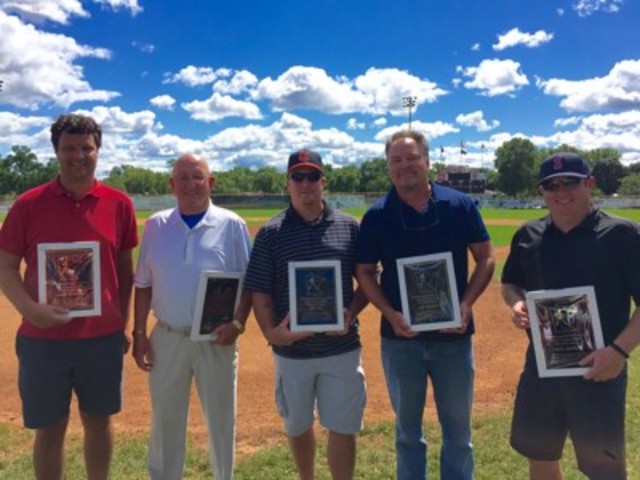 Pat Fix (center) was a model of consistency for 26 town ball seasons. After playing one year with the East Side Merchants, he became a charter member of the newly formed Saint Louis Park town team and would go on to play the next 25 seasons on that squad. Pat was a huge part of that team’s success. As a member of the Park team Pat competed in 19 Class A state tournaments and was an integral part of both state championship teams in 2002 and 2008. Anchoring the middle infield and hitting third in a potent line-up, Pat was a regular on the All-Tournament team and the All-Star team. Pat played the first ten years of his career when the league used aluminum bats where he averaged 70 hits a season. He added another 662 hits and a .326 batting average with a wood bat giving him right around 1300 hits in his career. Pat is a member of the Saint Louis Park All-1990’s and All-2000 teams. 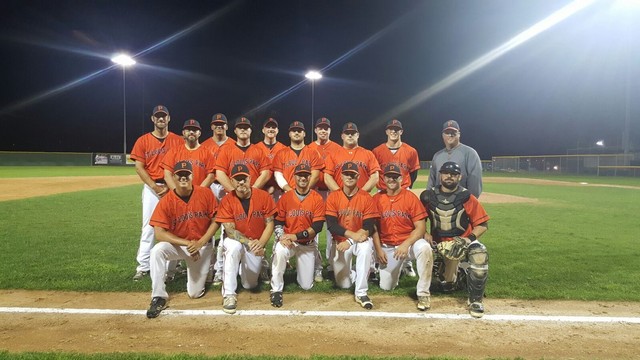 Congrats to Park’s Jimmy Heck, Tyler Hudson, and Jack Goihl for earning All-Conference honors this year.  Jimmy and Tyler were First Team in the NSIC and Patriot League respectively and Jack was Second Team in the NSIC.

Earning All-NSIC honors for the first time in his career, Heck was named to the First Team as well as the league's Gold Glove team, the second-straight season a UMD second baseman has earned that honor as Heck took over the starting role to begin the year. Defensively, he's made 68 putouts and 118 assists with just three errors, good for a .984 fielding percentage while also helping the Bulldogs turn 25 double plays on the year. Against the NSIC this year, he's hit .414, eighth best in the league, with a .476 on-base percentage (11th). His 53 hits are the fifth-most and his 14 doubles are fourth-best. His 17 doubles overall so far this season are three shy of the UMD season record, as he's posted a career-best .408/.466/.580 batting line on the year with 40 runs batted in and 41 scored.

Hudson (Orono, Minn.) has registered career-highs in every offensive category this season, batting .268 with 17 runs scored, five doubles, three home runs and 11 runs batted in. He led all qualified third basemen in the Patriot League with a .916 fielding percentage. Hudson carried the team in early April when he went 15-for-34 (.441) with six runs scored and three stolen bases during the Army and Navy series.

The Saint Louis Park Convicts say goodbye to legendary fan and parking lot mentor Dave "Snake" Malloy.  A stroke has left Snake's seat in the bleachers empty, and frankly, no other will be able to fill it.  Snake didn't know much about baseball, but we knew he was always behind the Park club.  Snake got more excited about our wins and more irritated by our losses than we did.  He made it fun to come to the ballpark.   Thanks for the memories, the support, and the beers in the parking lot.  We will miss you Snake. 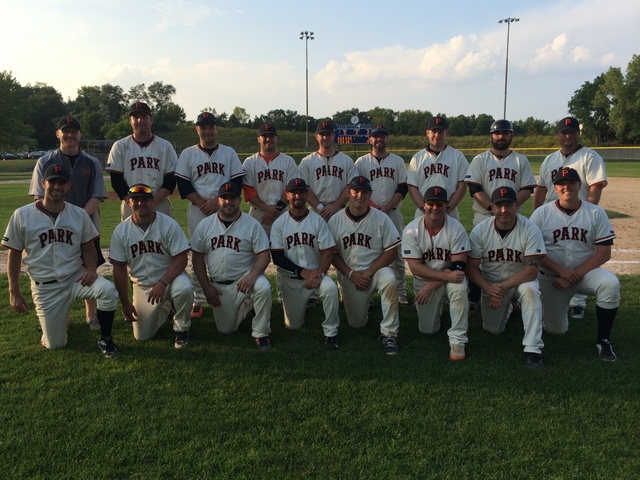 Congrats to the following Park players on earning 2013 All Tournament Team honors in helping Park's 3rd place finish in the Class A State Tournament: 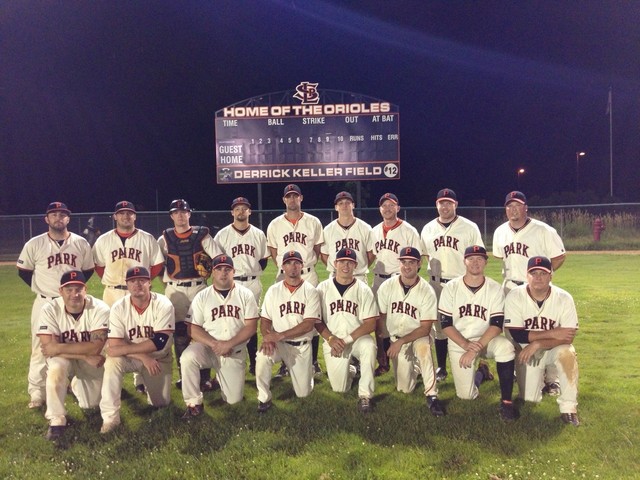 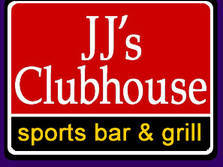